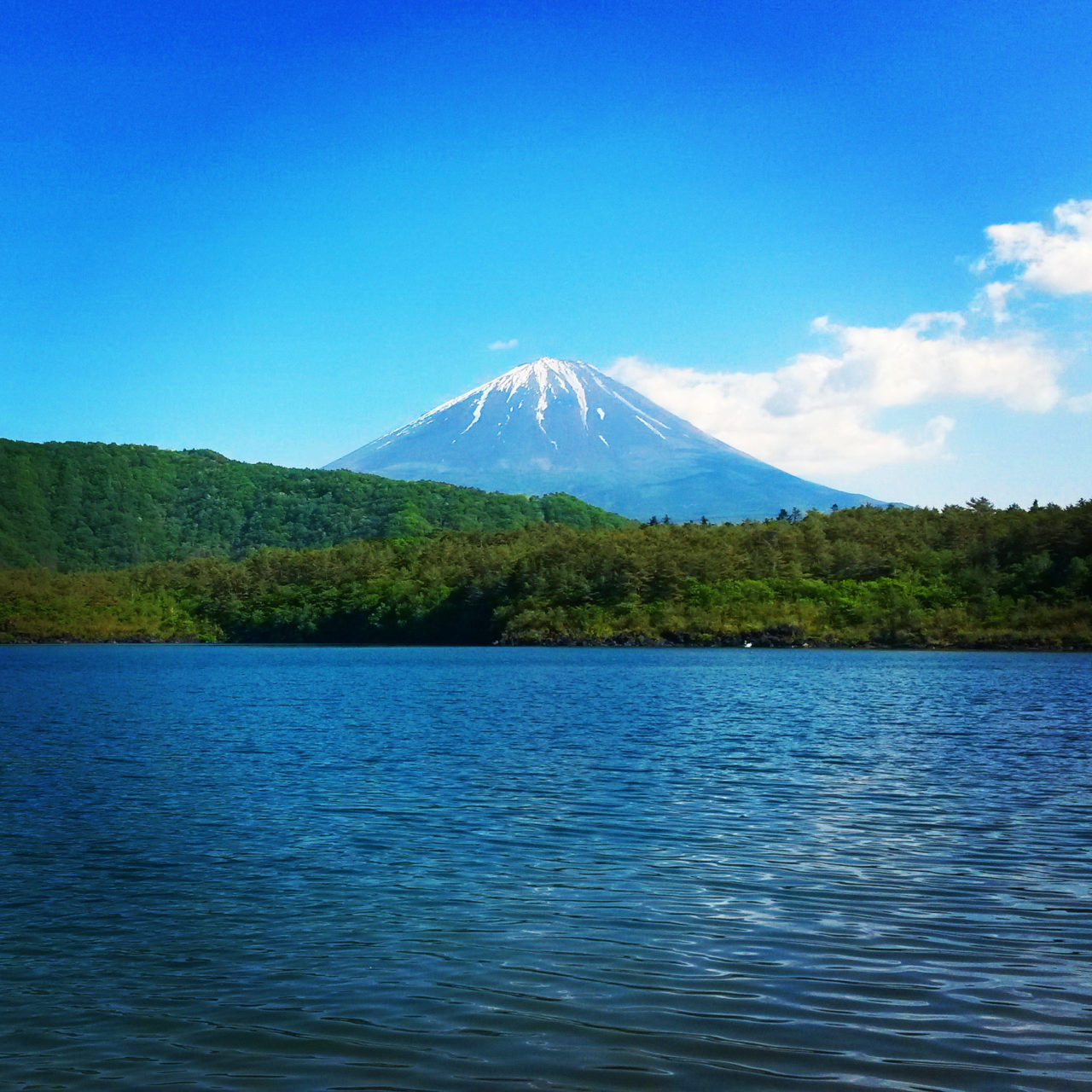 Mt. Fuji, or Fujisan as it is know to the Japanese, is the highest mountain in Japan reaching 3776 m (12,389 ft) and sits on the boundary of Shizuoka and Yamanashi Prefectures. It is revered as one of Japans “Three Holy Mountains” or Sanreizan and is designated as a UNESCO World Heritage Cultural Site.

Ever since I visited Japan 15 years ago on a school exchange, and saw the iconic cone shaped volcano dominating the Tokyo horizon, I have wanted to climb Mt. Fuji. 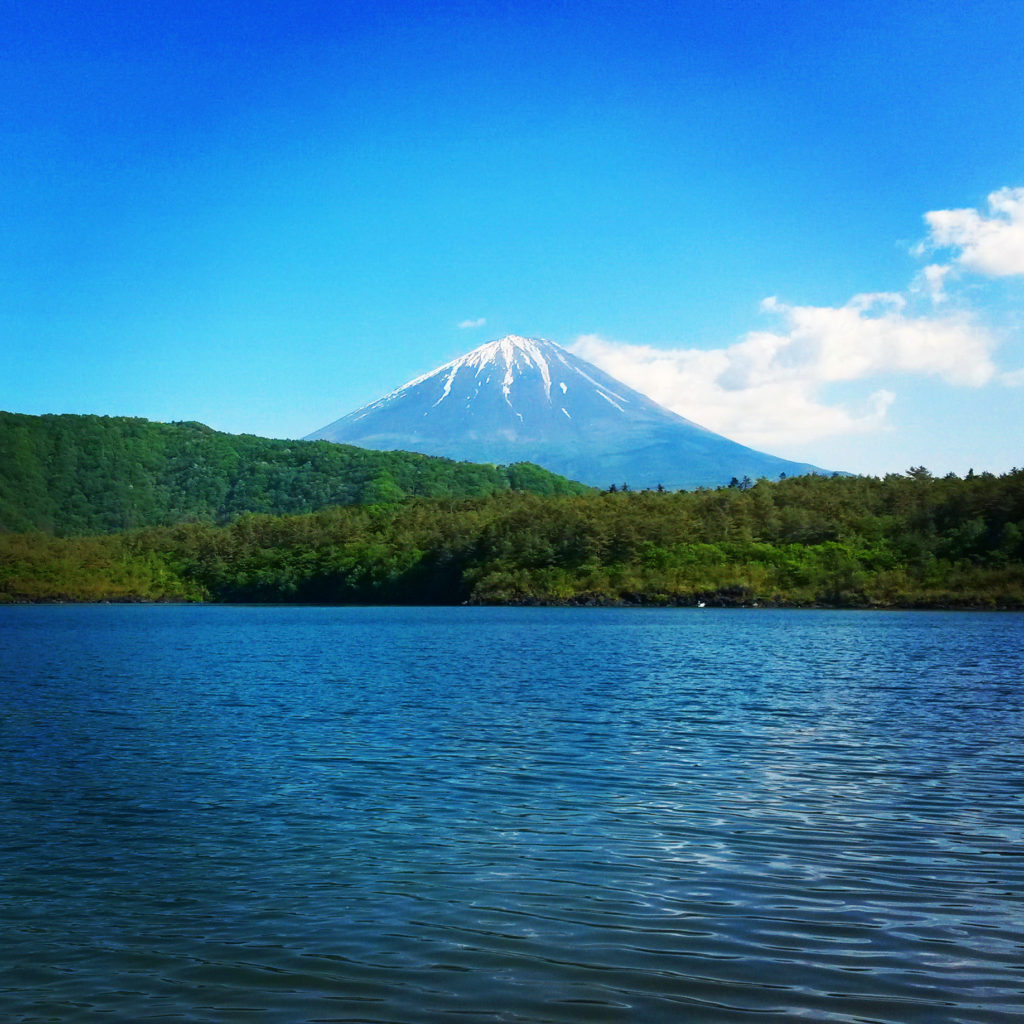 Fujisan towering above Lake Saiko in Yamanashi Prefecture. This picture is from my instagram and was taken in May before the hiking season had started.

I have done a fair amount of hiking both at home in New Zealand and in Canada where I lived for a year on a working holiday. I have also been exploring the local hiking trails and climbing some of the nearby mountains in the Hakone area in preparation for my attempt to summit Mt. Fuji.

There are 4 hiking trails that lead to the summit of Mt. Fuji. the Fujinomiya, Gotemba, Subashiri and Yoshida Trails. The Yoshida Trail is by far the most popular trail with over 100,000 hikers using the trail every year. The Gotemba Trail is the longest and most difficult trail (8-10 hrs compared to 5-8 hrs for the other three trails) and is recommended for only the most experienced hikers.

More information on the Mt. Fuji Hiking trails can be found at the website below:

I chose the Subashiri Trail as my route of choice mainly because it is the easiest trail to access from the Hakone area (several buses run daily from Gotemba Station to the Subashiri 5th Station) and I wanted to avoid most of the crowds on the Yoshida Trail and also challenge myself with a slightly more difficult route.

I had originally planned to hike Mt. Fuji on the 4th and 5th of September but those dates happened to coincide with a rather large and powerful typhoon hitting Japan in which southern areas of Japan were particularly hard hit, including the Kansai region containing Kyoto and Osaka. I was lucky enough to swap shifts with one of my colleagues at Hakone TENT and reschedule my excursion to the 6th and 7th of September when there was a much more favourable weather forecast.

I set out on the morning the 6th of September and caught the M bus from Gora Station to Gotemba Premium Outlets. From here there is a free shuttle bus that runs every 15 minutes to Gotemba Station. From Gotemba Station I caught a bus to the Subashiri 5th Station around 11:35 am. This bus leaves almost hourly during the Mt. Fuji Climbing season and costs ¥2,060 for a round trip ticket.

More information on bus timetables can be found at the website below:

The bus ride up the mountain was anticipation and excitement filled. Everyone on the bus with the exception of a few were there to embark on the same adventure as me and there was a sense of comradery amongst my fellow bus passengers because we were in this together. We arrived at the Subashiri 5th Station around 12:40 pm and disembarked the bus. The 5th Station consisted of little more than a car park, a public toilet and a few shops and shelters lining the path to the start of the trail. 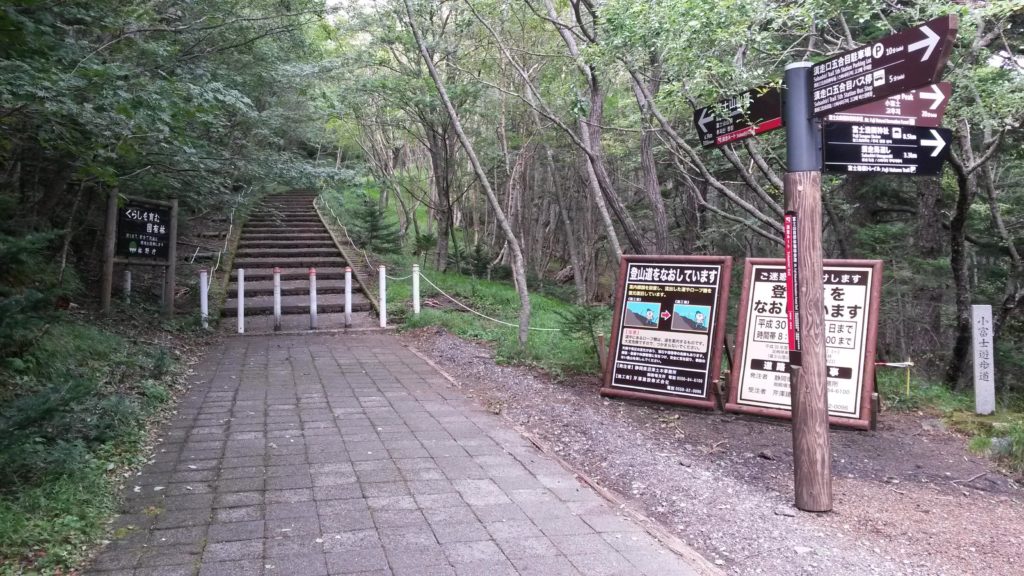 The Subashiri Trail head at the 5th Station.

I set out from the Subashiri 5th Station and headed off on a side trail that lead to a secondary peak known as Ko-Fuji which translates to Old Fuji. This trail takes about 30-40 minutes return and is a relatively flat trail that traverses the mountain-side through lush green forest which eventually opens up to a large rocky mound on which there is a large pile of rocks and a small shrine. It is from the top of this rocky mound that I got my first real close-up view of Mt. Fuji as it towered above the lesser peak on which I stood. 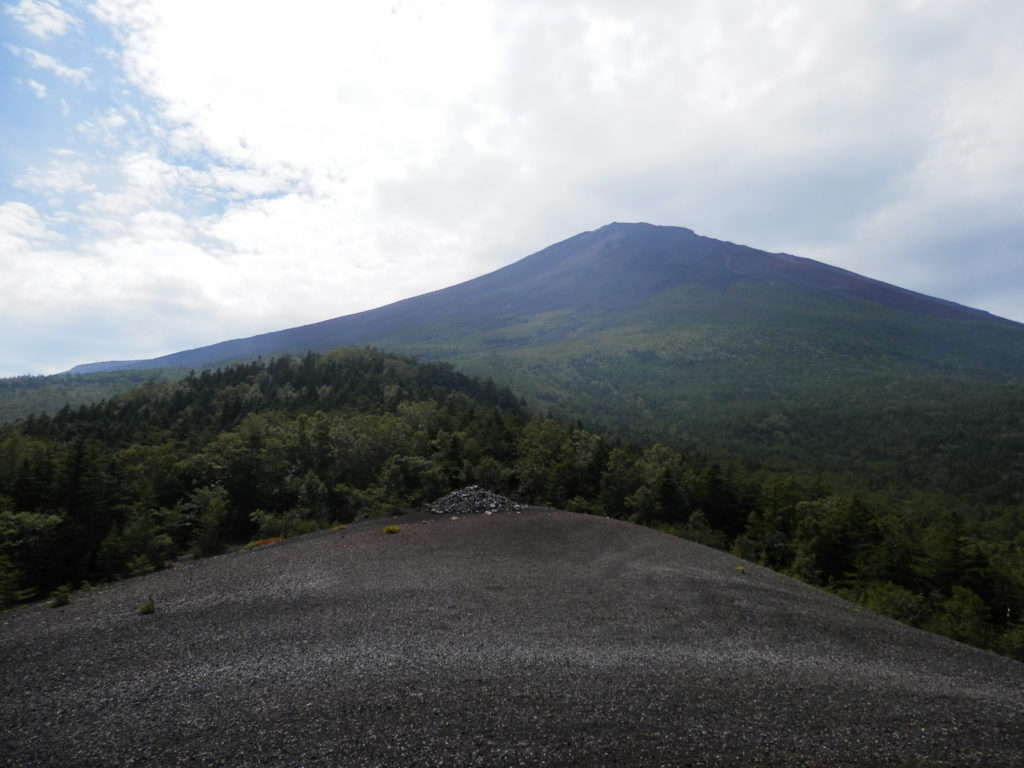 The view of Fujisan from Kofuji.

I returned to the main trail and set off up the mountain at 1:30 pm feeling sufficiently warmed up from my little side hike to Ko-Fuji. The main trail made it’s way gradually up the slopes of the mountain through dense forest and bush, which later opened up to larger sparsely vegetated rocky areas in which a distinct zig-zag trail lead up the mountain-side. Upon ascending the bush line I was again greeted by the sight of Fujisan looming over me, almost challenging me to continue. 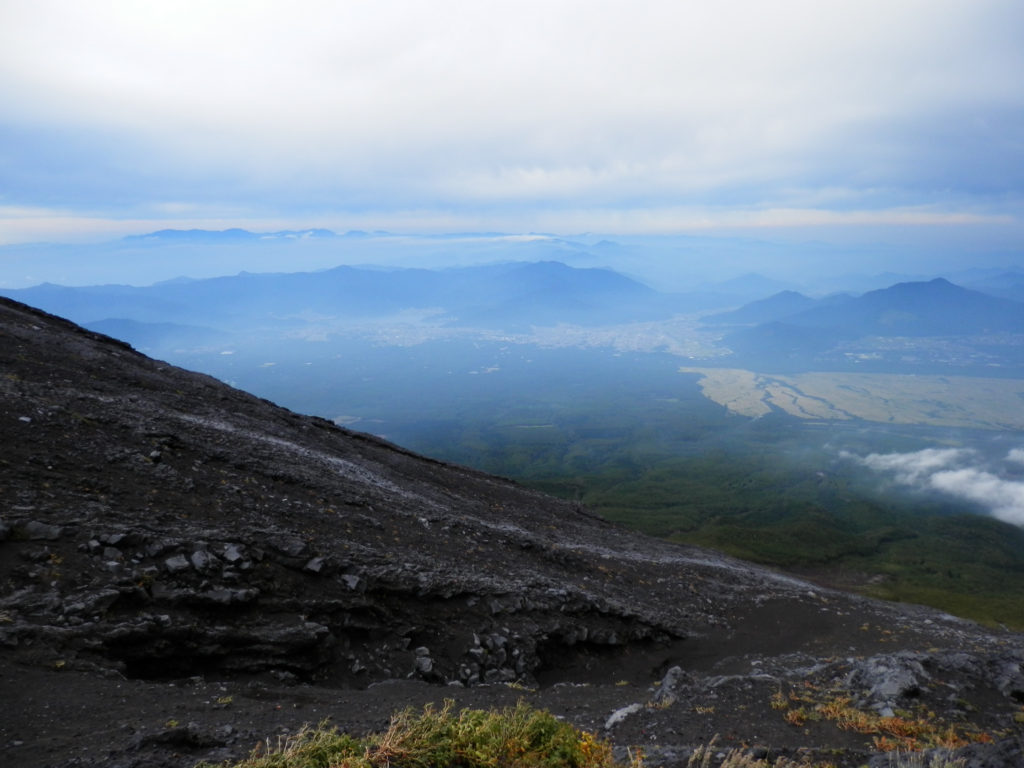 The view of Kawaguchiko and the surrounding mountains from the 6th station.

I made my way up the trail, at what I thought was a reasonable and comfortable pace, stopping at each station to have a much needed drink of water and some energy giving snacks. The further up the mountain I proceeded it became more and more difficult to get a satisfyingly deep breath of air and I found myself having to take slow deep breaths quite regularly in order to keep hiking at the pace I was going. Coincidentally when I passed the 8th Station and the Subashiri Trail merged with the Yoshida Trail it became quite crowded and I found my pace slowing as I had to wait for other hikers in front of me. I was a little annoyed at having to wait for people who were much slower than I was, however I relished the opportunity to catch my breath. 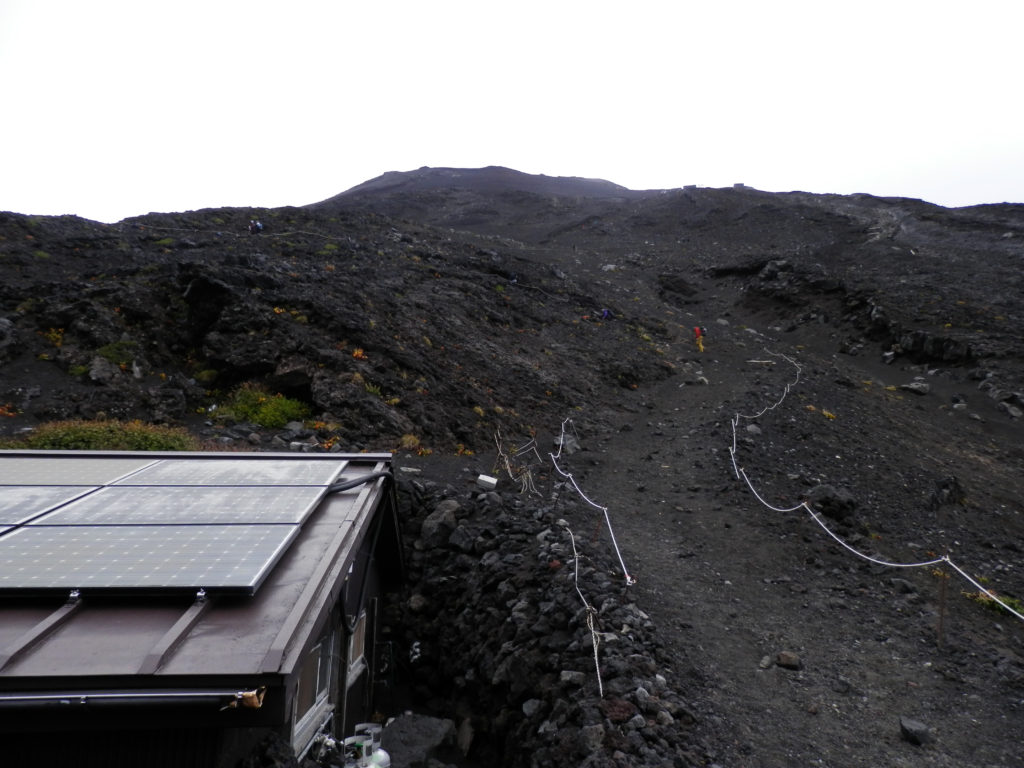 The view up the mountain from the 7th station.

After 4 hours of solid hiking I reached the 8.5th Station around 5:30 pm and while the sky was still light it was beginning to darken as nightfall approached. I was a little tired and cold but I was also feeling good and was keen to keep going to the summit while the light and weather was still preferable. I enquired inside the mountain hut in which I had made a booking and was told I needed to check-in and that to proceed any further that evening would be potentially dangerous. I capitulated and sat down to take off my boots in the warmth of the hut and have a much needed rest and a bite to eat. 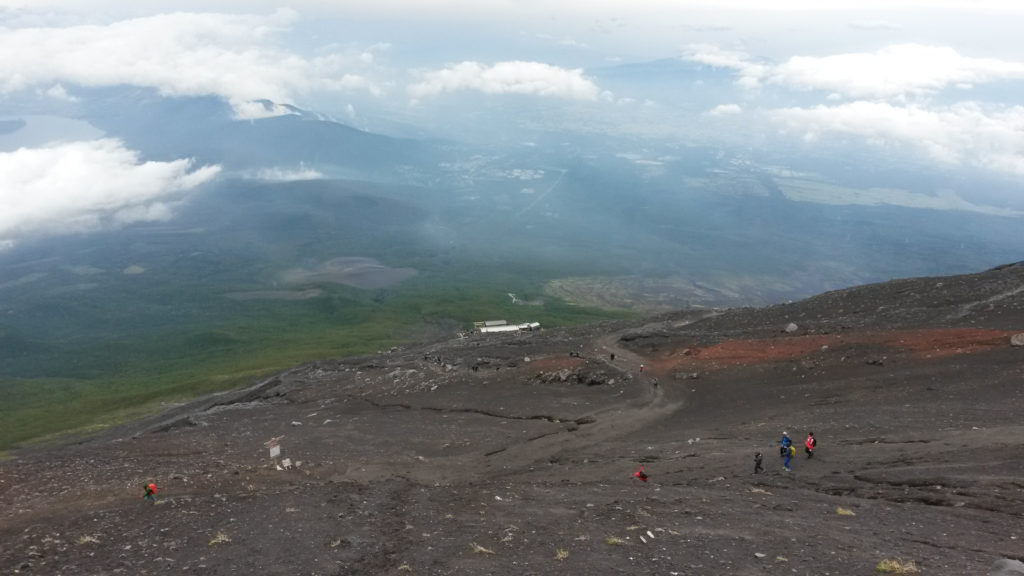 Once I had warmed up and was sufficiently fed I changed into some warm dry clothes and headed outside to take in the sights of the surrounding area from my vantage point high up on the mountain. It was the first time I had been able to really enjoy the view without thinking about the rest of the hike up or the weather changing or anything else for that matter. As I watched the last of the tired hikers make their way up the trail below and day made way for night I was thankful to be warm, dry, well-fed and have accommodation for the night. Nothing was left but to enjoy the view. 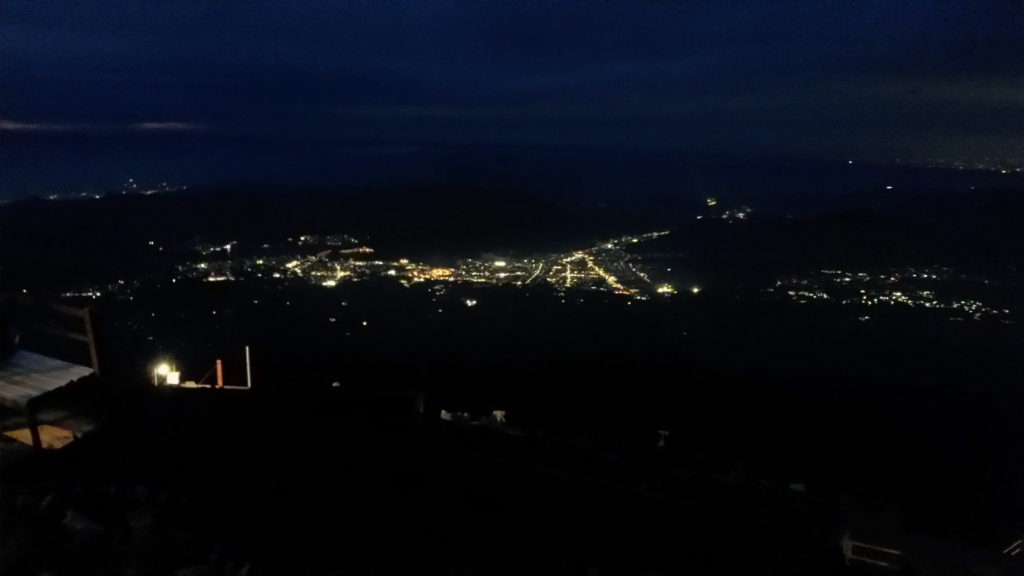 The view of Kawaguchiko at night from the 8.5 station.

I awoke in the early hours of the morning to the sound of howling wind and rain trying it’s best to remove the roof of the mountain hut. Needless to say not many people got up early to hike to the summit for sunrise. In-fact nobody else decided to continue climbing at all. Every single one of the guided groups were told to prepare to return to the 5th Station and it seemed that all of the other groups of hikers were doing the same.

I waited for an hour or so to see if anyone was keen enough to brave the wind and the rain and head for the summit. I also toyed with the idea of attempting to reach the summit on my own but decided it would be far too dangerous and irresponsible to venture solo into what was quite horrible and treacherous conditions. At around 7 am I decided to head back down the mountain to the 5th Station along with everyone else.

The descent down the Subashiri Trail, like the Yoshida and Gotemba Trails, is remarkably different than the ascent as the trails diverge into separate up and down trails around the 8th station. While the up section of the Subashiri Trail is narrow, rocky and mostly solid under-foot, the down section consists of wide sections of loose sandy gravel that gives way with each footstep. This makes for a somewhat speedy and controlled descent back to the 5th Station.

Once at the 5th Station I boarded a bus back to Gotemba and then back to Gora and the comfort of Hakone TENT where I headed straight for the onsen to clean off, warm up and soak my tired body in the hot mineral rich waters that come straight from Owakudani. 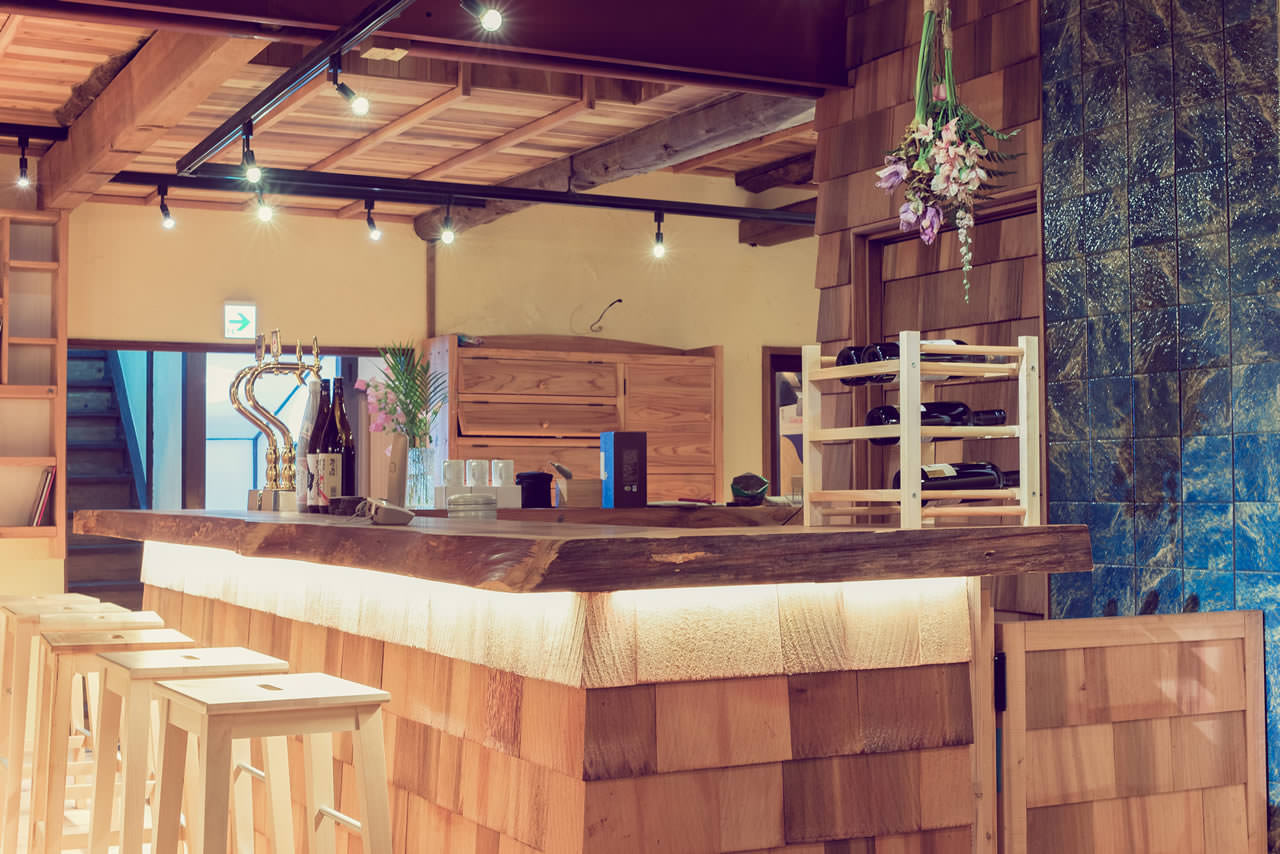 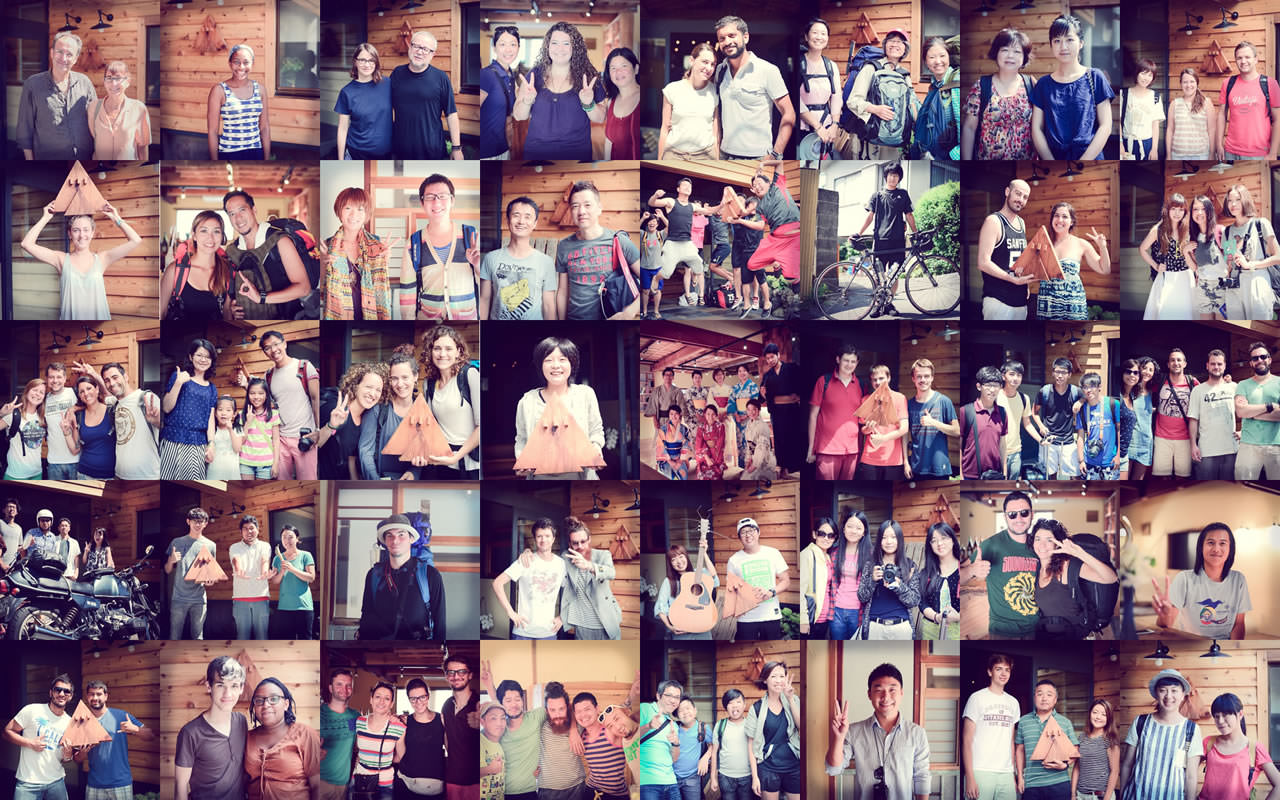 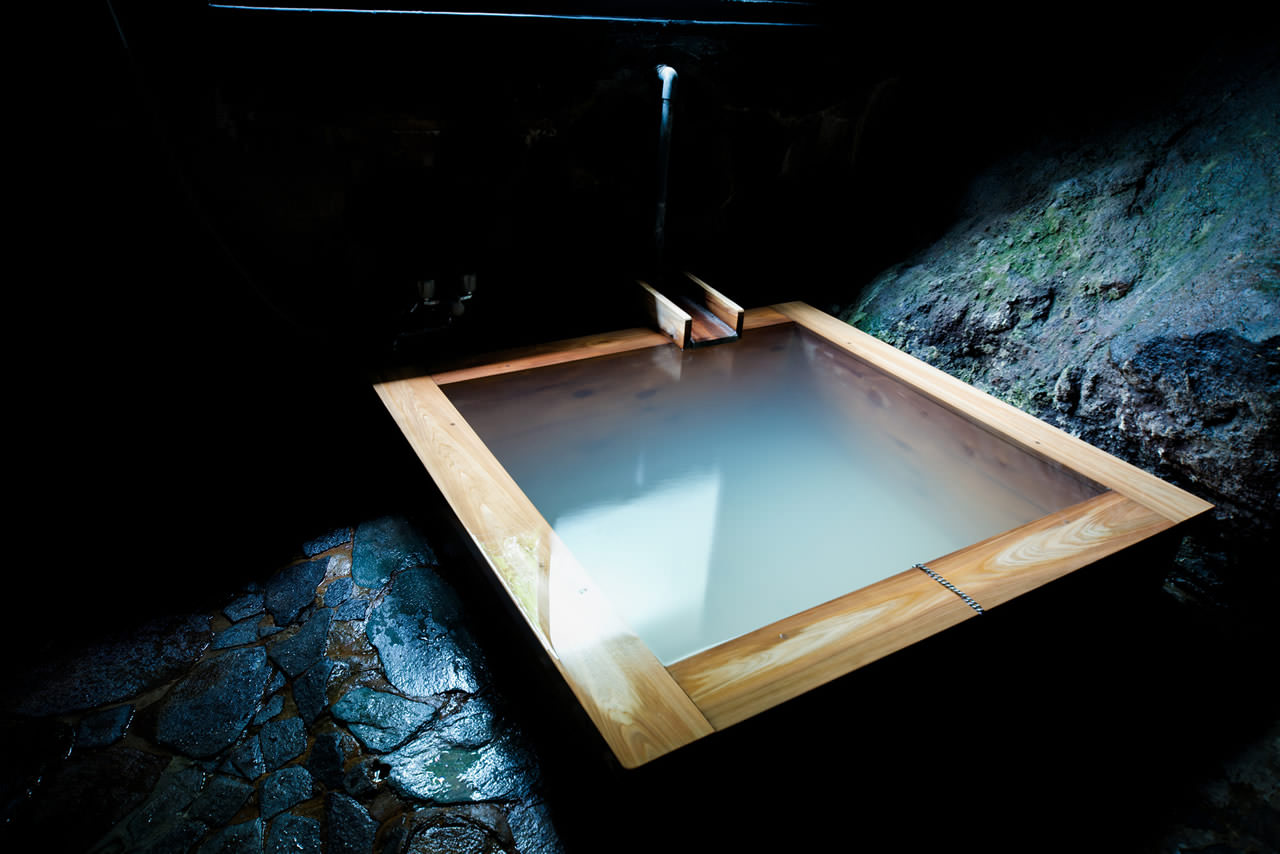 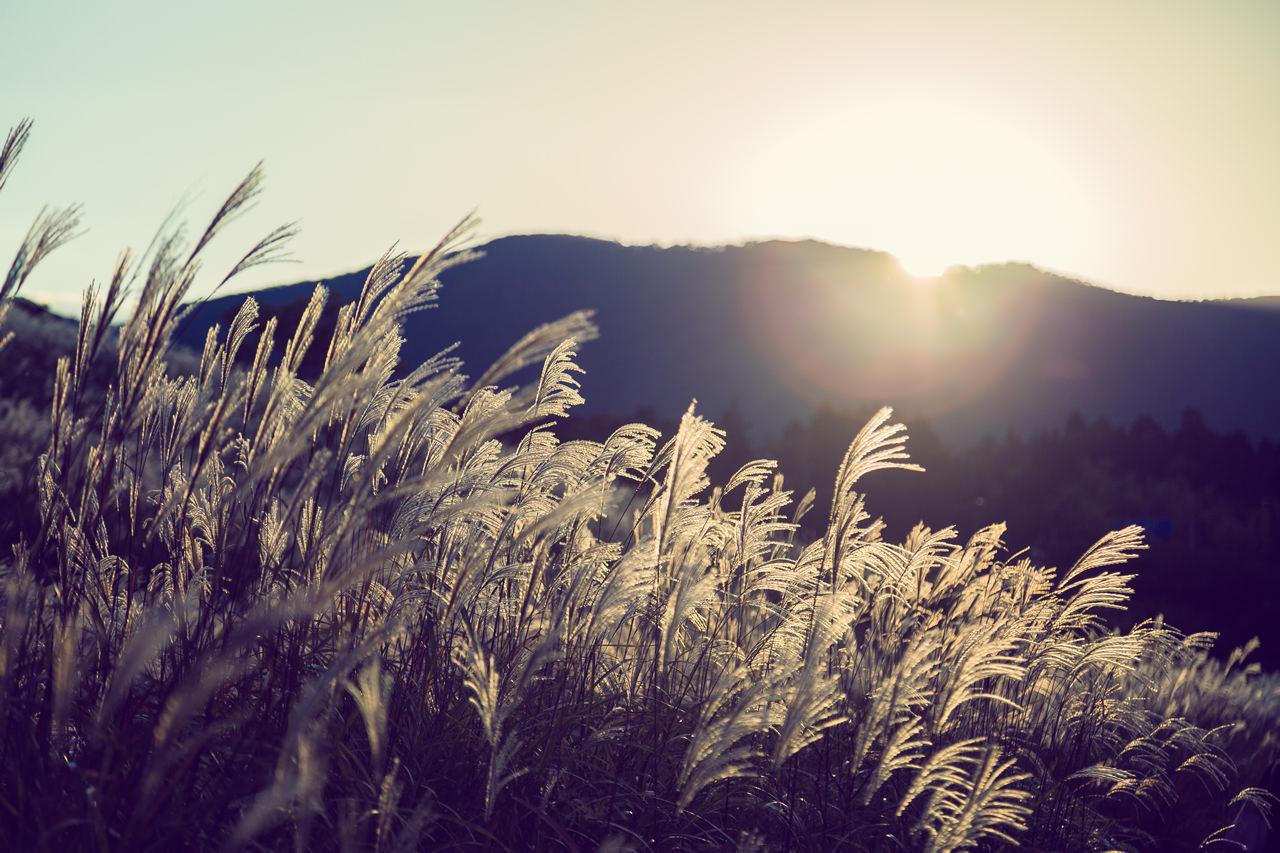 Anthony
From New Zealand, I work in the ski industry and I love snowboarding, hiking and being outdoors in nature.